Cocoa butter is a highly polymorphic compound exhibiting up to six crystalline forms of glycerides1 (fatty acids), each defined by different stability and melting point. In order to acquire the most stable polymorphs in chocolate products, a controlled crystallization called tempering is employed during the manufacturing process.

Subsequently, upon further reduction of the temperature down to room temperature the stable crystals will act as seeds in the process and promote bulk crystallization of the cocoa butter into a stable form. Thermal history thus has a direct influence on the final crystalline phase which is in turn directly related to the sensory experience.

Simultaneous SAXS and WAXS is a powerful technique for the identification of the morphology of crystalline phases as a function of temperature. In this Application Note, we investigate the out-of-equilibrium nanostructure of cocoa butter as a function of varying temperature, mimicking part of a tempering process. 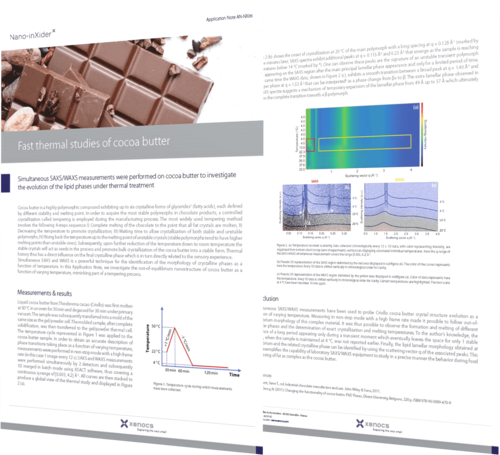 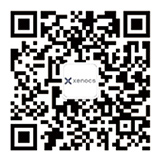